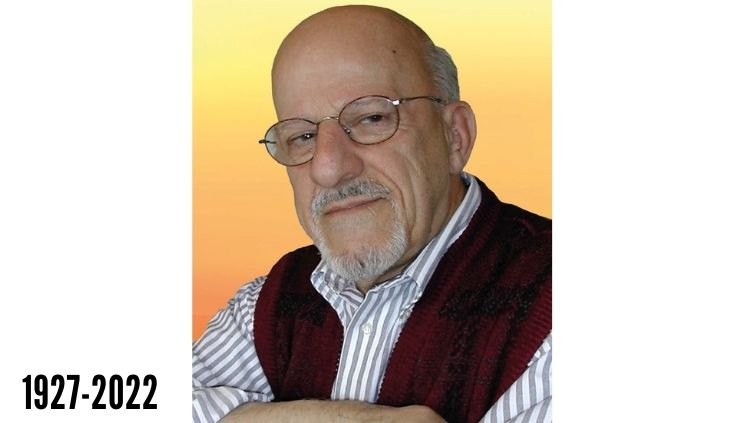 Gérald Larochelle, a consecrated lay member of the Pius X Secular Institute, entered the Father’s house on March 19. He officially joined the Institute on July 19, 1953, when he arrived in Quebec City and remained there until his death.


Born in Manchester on May 25, 1927, he became involved in the Jeunesse Ouvrière Catholique (JOC) as a teenager. At the age of 14, he was already involved in JOC activities and this marked his life. It was at this time that he met Father Henri Roy, founder of the Pius X Secular Institute.


Gerry worked all his life in the apostolic works of the Institute and held different responsibilities for many years in the General Council of the Institute. Discreet and humble, Gerry was a man of great faith. His desire for holiness was manifested in his deep spirit of prayer and welcome for all people.


The funeral will be celebrated on Friday, April 1,2022 at 10:30 a.m. in the St-Charles-Borromée church, 747 Louis-XIV Blvd. Louis-XIV, Québec. The remains will be buried in Notre Dame de Belmont Cemetery after the celebration.


In addition to the members of the Pius X Secular Institute, Gerry is survived by his sister Françoise (the late Donald Therrien) and his sister-in-law Jeannine Mailhot (the late Marcel Larochelle) as well as by his nephews and nieces. He has joined in eternity his sister the late Claire (the late Bertrand Caron) and his brother the late Roméo (the late Annette Daneault).


The members of the Pius X Secular Institute would like to thank the staff of the Centre d’Hébergement St-Antoine and the Résidence Cardinal-Vachon for their devotion and the good care they provided during the last year. A special thank you to Mrs. Suzanne Guérard who accompanied Gerry daily during this period.

PrevPreviousAgainst war, for peace!
NextI Will Raise the Cup of Salvation!Next