For an Integral Ecology! 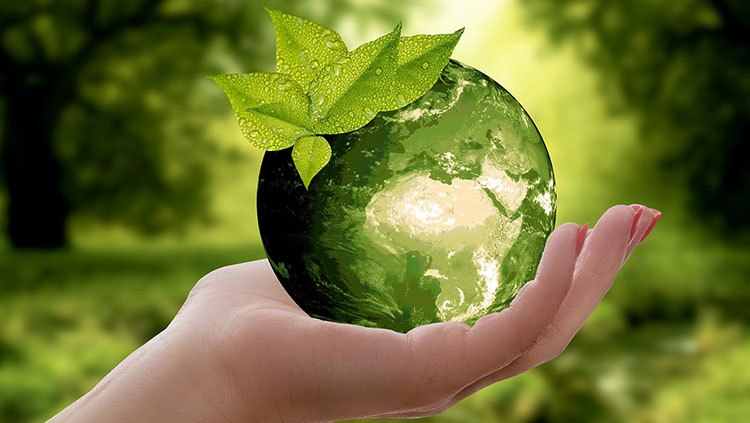 For Earth Day, which is celebrated annually on April 22, here are some statistics gleaned from the internet: - From 15 to 37% of the biodiversity would disappear by 2050. - Each year between 13 and 15 million hectares of forests disappear. - According to the WWF, a fruit imported out of season by plane consumes 10 to 20 times more oil than the same fruit bought locally and in season. - The sun provides the earth with 15,000 times more energy than man consumes. But solar and renewable energies represent only 0.4% of the world energy production.

Seven years ago, Pope Francis published an important encyclical letter, Laudato sì, on safeguarding the common home. In this letter, he reminded us that “our common home is like a sister with whom we share our life and a beautiful mother who opens her arms to embrace us” (LS, 1).

The beauty of this earth is damaged by the irresponsible use and abuse of the goods that God has entrusted to us. From the book of Genesis, the Creator gave man and woman his work: “God blessed them saying: ‘Be fertile and multiply, fill the earth and subdue it. Have dominion over the fish of the sea, the birds of the air, and all the living things that move on the earth!’ God looked at everything he had made, and he found it very good” (Genesis 1:28.31). But what have we done with that trust?

Scientists and environmentalists have been sounding the alarm for many years. With each publication, the warning becomes more and more serious. The point of no return has almost been reached. Global warming threatens humanity with increasingly severe weather phenomena. The oceans are threatened and coastal populations – more than 20% of the world’s population live within 30 kilometers of the coast – are at risk of being flooded. Not to mention the accumulation of solid waste, the waste of food, the shameless exploitation of the earth to meet the needs of a minority, the ecological disasters produced by mining companies that literally poison the lives of poor and defenseless populations, etc.

Faced with this bleak panorama, what can we do? Each small gesture made by every person brings a part of the solution. Choosing a reusable water bottle instead of throwing away multiple plastic bottles one after another; not using pesticides and planting flowers around one’s house to support and attract bees; choosing to limit one’s travel and planting a tree for each plane trip; these are all actions that everyone can take to take care of the common home.

Taking Care of the Common House… And Much More!

But integral ecology invites us to a greater reflection. Everything is linked… and therefore, it is not only nature and the environment that are affected; it is also the human person, the family, the local community, society, countries, and even international life. For we know that we now live in a global village… and what happens in one corner of the globe affects in one way or another, eventually, the other side of the world.

“A consumerist vision of human beings, encouraged by the mechanisms of today’s globalized economy, has a levelling effect on cultures, diminishing the immense variety which is the heritage of all humanity” (LS, 144). Pope Francis warns us against this risk. “The disappearance of a culture can be just as serious, or even more serious, than the disappearance of a species of plant or animal” (LS, 145). We need only think of indigenous cultures and their traditions, here and elsewhere in the world. Colonization – but also the imposition of our methods of production – has profoundly altered the course of history for many peoples. And it is the whole human ecology that is affected in its very heart!

But this human ecology affects all cultures and all daily life. It is the urban traffic that causes us to waste a lot of time morning and evening. It is the inadequate housing to accommodate families. It is the surrounding pollution that threatens our health. It is the state’s abandonment of policies and support for the land in many countries that is detrimental to many farmers. It is the poverty that grows for the immense majority and the wealth that accumulates in a frightening way for an increasingly reduced number. And the list could go on… As I look at each of these situations, I see the faces of men and women who carry a suffering in their bodies, simply demanding the dignity that every human being deserves.

Our struggle for a better world, for a healthier environment, is part of a quest for justice and peace, for the common good. It is then that our social – and even environmental – choices will have the color of a preferential option for the poor and of human solidarity with each of our brothers and sisters. We will choose to move beyond immediacy by providing for sustainable development with intergenerational solidarity, “since the world we have received also belongs to those who will follow us” (LS, 159).

What kind of world will we bequeath to those who come after us? In what environment will our children grow up? “When we ask ourselves what kind of world we want to leave behind, we think in the first place of its general direction, its meaning and its values. Unless we struggle with these deeper issues, I do not believe that our concern for ecology will produce significant results” (LS, 160).

On April 22, when we celebrate Earth Day, let us think that it is more than a nod to our blue planet. It is a gesture of solidarity and human ecology for a new world, for a better world!

PrevPreviousPlanting the Cross to Bring Forth Hope!
NextI Love You With All My Heart !Next