You Will Be My Witnesses ! 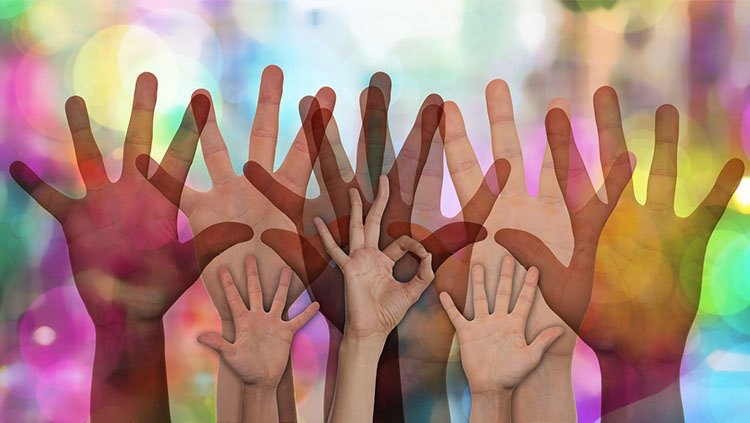 On Sunday, October 23rd 2022, the Church will celebrate World Mission Sunday. Each year, this day is offered to us so that all believers can renew their missionary impulse. “You will be my witnesses” is the theme proposed for this year.

“You will be my witnesses!” This is not a proposal, let alone a request to become a volunteer. It is an imperative and a promise! In a world that is increasingly convulsed, it is urgent that men and women rise up to carry the Good News of the Gospel. In the face of unprecedented violence that is unleashed everywhere, we are called to become peacemakers. In the midst of the cries of vengeance that are unleashed on all sides, the silence of forgiveness speaks out even more loudly. In the depths of inequality and blatant injustice, solidarity is the only possible response. But all this is achievable on one condition: that men and women take their faith seriously and become witnesses to the power of Life in Jesus Christ!

A few days ago, with his body worn out by the passage of years and his memory erased by dementia, a friend died at the age of 87. His name was Marc. Marc was an ordinary man; nothing called him to be a missionary abroad. He was a telegraph operator in Quebec City when he met the members of the Pius X Secular Institute during a spiritual retreat. And suddenly, his life found its meaning… he would henceforth telegraph the Word of God by committing himself to the mission of evangelization in the midst of the working world.

But his real desire was to go on mission. In 1968, he flew to Colombia. Others would join him in this missionary adventure. Marc committed himself to the poorest of the poor, providing rudimentary health care in the poor neighborhoods of Popayán where everything had to be built. The wear and tear of suffering led him to return to his country in 1982. But on March 31, 1983, a violent earthquake shook the colonial city; less than 24 hours later, Marc embarked on a mission to care for the victims of his adopted city. He will return to his homeland for good in 1987.

During my last meeting with him, Marc continued to share his memories with me. The details were lost in the clouds of the unconscious, but he was still able to remember some of the men and women he had treated as well as some of the collaborators at the mission. He spoke affectionately of Lady, María del Socorro, Cipriano, Elvia and her children… With each one of them, the witness continues to give life because he remembers and prays for them!

“You will be my witnesses!” We can be moved by Marc’s gift of life to the poorest and most needy… and rightly so! But there is no need to go abroad. The mission must be lived here and now! The question is therefore put to us: are we ready to undertake the same gift, the same mission? Will we let our hearts be moved by the needs of our brothers and sisters? Will we commit ourselves at any cost to bring hope to this world that is so lacking?

A few days ago, the world learned with horror of the death of a young woman in Iran, Mahsa Zhina Amini, barely 22 years old. Her crime? Choosing to abandon the Islamic headscarf and not respecting the strict dress code of the republic. This unjust death has awakened a whole people. Faced with the drama of young women in Iran, what gesture can I make to show solidarity with this wind of renewal carried by the desire for change of all Iranian youth? Dare I at least write a letter of solidarity to the governments to support this change?

I have a good friend, Suzanne, who is overwhelmed at work. Through friends, she learned in the last few weeks of the arrival of a Mexican family, refugees displaced by violence. The father, mother and two children arrived in Quebec City with a single suitcase. That was all they could bring when they fled their country! Listening only to her heart, Suzanne worked hard to find furniture, food, clothes, not to mention going to the doctor, school and finding her way through the administrative maze. Suzanne is a witness! And how could I contribute to helping the growing number of newcomers who are looking for a new land?

I cry when I think of Aaron and Anzel, aged 11 and 13, two children tied up and killed by their father in Laval yesterday. This family tragedy – another one and one too many! – must challenge us. Too often, we are left with a vile feeling of powerlessness in the face of the difficult situations that today’s families are experiencing. In a few days, their names will be forgotten and their disappearance will be nothing more than a news item.

And yet… In the family circle, how can we not think that there must have been people who noticed signs of the distress that was brewing? I ask myself: am I always attentive to the people around me? Am I reaching out to be a presence that can make a difference in the lives of those who are falling into despair? Can I become that witness that makes people believe in a better life?

“You will be my witnesses!” The mission is very simple; it is to commit oneself to build a better world! It is to proclaim to the men and women of today – with simple and concrete gestures – that Jesus is alive, that God wants our happiness. It is to believe in “a new heaven and a new earth” where justice, peace, solidarity and love will shine forth for a new hope. It is to dare to act and to speak. It is to believe that the Spirit is still at work. The mission is our response for a different world!